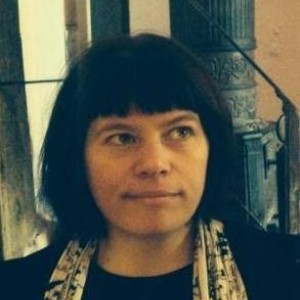 The current state of AI copywriting

If you write for a living, you probably take an interest in the development of AI-fuelled writing tools. Recently, I’ve had the chance (thanks, UX Writing Hub!) to try out the GPT-3-based AI copywriting tool Jarvis. The article you’re reading and my previous two (What is UX writing and Microcopy in a nutshell) were all written with the help of Jarvis. Using AI to write is not at all what I expected, so I thought I’d share my impressions so far. But before we jump in, let’s quickly look at what AI writing is.

What is AI copywriting?

AI copywriting refers to automatically generated text, created with the help of artificial intelligence. AI copywriting tools use natural language processing and machine learning to produce copy that sounds as human as possible. This technology has made mahoosive progress in recent years. It’s clearly worth paying attention to what’s going on 👀

Does the recent progress in AI mean that writers are doomed? A quick Google search brings up tons of articles based around the question, “will AI replace copywriters?” The answer varies from “no way” to “of course”, with some taking a middle stance (“yes but not for a long time” or “maybe for some types of writing”).

Personally, I’d say that a more relevant question at the moment is “how can AI help us to write faster and better?” The future won’t be written just by robots or just by humans, but by both. The best way forward must be a collaboration, not a competition.

If you use Grammarly, the Hemingway Editor or Wordtune, you have already been introduced to the world of AI-fuelled writing. These tools help you improve the spelling, grammar, punctuation, readability and tone of a sentence or block of text.

More advanced AI copywriting tools can do loads more. The best AI output comes from tools that are based on GPT-3, a language model developed by OpenAI.

A few examples of tools that use GPT-3 are Jarvis (previously Conversion.ai), CopyAI, Shortly AI and Copysmith.

Jarvis comes with a full set of features that can help you with pretty much any writing-related task. So far I’ve used it to brainstorm headings and introductions, create article outlines, and write long-copy for blog articles. It also comes with lots of other functions that I haven’t tried yet, including social media ads.

The limitations of AI writing tools

At the moment, even the most sophisticated AI tool is just that—a tool. They are not perfect. They give suggestions, not the ultimate truth. If we start using them with the expectation that they will spit out perfect copy, we will be disappointed.

The article “A robot wrote this entire article. Are you scared yet, human?” received a lot of attention last year. The title gives the impression that the robot came up with a finished article, just like that. That’s not the case. If you read the editorial comment at the bottom, you learn that GPT-3 produced eight different outputs. The Guardian “…chose … to pick the best parts of each, in order to capture the different styles and registers of the AI.”

So we don’t actually know what the robot came up with. I can’t help thinking that if the raw output was actually impressive, they would have published it 🤷‍♀️ But all we know is that the published article needed editing: “Editing GPT-3’s op-ed was no different to editing a human op-ed. We cut lines and paragraphs, and rearranged the order of them in some places. Overall, it took less time to edit than many human op-eds.”

For sure it’s mega impressive what these tools can do, but we’re still many miles from a magic button that produces a text that is ready to go.

As long as we are aware of the tools’ limitations, the advantages are clear:

So then, what is it like to work with Jarvis? When it comes to blog posts, it’s good to know that it doesn’t compose the whole article for you at once. Definitely not. After you’ve given Jarvis instructions for your article, you and Jarvis take turns. You write a bit, then prompt Jarvis to write a bit, then you write a bit, then Jarvis. Think of it like riding an electric bike. You decide how much you want to work, and you can always ask it to give you a little push up that hill.

And what kind of copy does Jarvis generate? Here are a few intro texts it suggested for this article:

Any glaring issues here? My main objection is that none of these suggestions sound like me. I find the output pretty impressive, but it’s not how I write. That’s OK though–I take the bits and pieces I like the most and stitch them up to something I like. It’s also good to know that if you don’t like the suggestions Jarvis comes up with, you can simply ask it for new copy. Just keep pressing the Compose button 🙂

What else is there to say about using Jarvis? Quite a lot, I’ve discovered! Here are a few things I’ve learned:

“Microcopy is a form of design that’s been around for centuries. From the early examples found in incunables and medieval manuscripts, to more recent iterations like England’s 1665 Charter of Liberties, or even just a few years ago with The New York Times redesign which famously changed its headline typeface from serif to sans-serif.”

It’s a bit, well, cuckoo, but definitely original and unusual. And this brings me to the next point:

“The term microcopy was first used in the early 1990s by Nick Fajt, a microcopy writer at Apple.”

I wasn’t convinced that I could trust this sentence, so I asked Jarvis for new input. It then gave me this:

“The origins of microcopy date back to 1954, when Hungarian designer André Kertész designed the “M” logo for Mercedes-Benz.”

Hmmm interesting. I tried one more time, and it came up with this:

“The origins of the term “microcopy” is unclear, but it’s been used in digital design for over 20 years. Steve Jobs was one of the first to use this specific phrase when he talked about adding a micro-text feature to Plus (+) command on Apple’s keyboards…”

As you can see, the tool is a compulsive liar. Jarvis will do anything to get into your blog. On a serious note, we really have to be very careful in this regard. Sara Wachter-Boettcher and others have already shown that AI algorithms are often biased by default. Jarvis has been trained on around 10% of the internet. Even if it doesn’t reuse whole sentences or paragraphs, presumably its output will still reflect any biases in that content. Perhaps this explains why it fished out three random men (Nick Fajt, André Kertész and Steve Jobs) when I asked for text about microcopy, rather than Torrey Podmajersky or Sarah Winters.

What about UX writing—can we use Jarvis to produce microcopy? It would be cool to have a specific microcopy feature that would bring up a handy list of possible CTAs, tooltips, and error messages. At this time, there is no such template in Jarvis. I did try out the so-called Content Improver for a classic piece of microcopy: A standard cookie message. These are the suggestions I had:

Delicious and gluten-free 😅 Oh well, the last one could probably be used for something, although I would get rid of the magical treat reference.

Conclusion: AI writing should be a collaboration, not a competition

Considering that Jarvis is a machine, it’s really impressive what it can do. The main advantages of this tool are 1) speed and 2) idea generation. If you’re a confident writer, you’ll often shake your head at the output, but you’ll be able to fix it quickly. For non-writers, it comes with editing tools that can help to refine the content.

The cons are the unreliable nature and potentially biased content it happily spits out. Without a human to fact check and tweak the copy, it can easily turn into a content disaster area.

My conclusion is that at the time of writing this: GPT-3-based tools can be beneficial when used by a human who knows what they’re doing. Just remember that it takes a while to get used to how it works and what it can do for you.

One last thing, just for fun. We asked Jarvis what it thinks about the term ‘bip bop’ when referring to how robots speak. Here’s what it had to say: